I am a writer, in part, because I believe that life is all about making connections with other human beings. Love is what matters, in all its varying forms and intensities. Writing, for me at least, offers an opportunity to explore those connections and to invent such connections. When lives become entwined with others, it is a beautiful, brilliant, terrifying and almost surreal realization. We matter to others, and others matter to us. How can that relationship ever be ignored or dismissed? I don’t think it can, and I think a lot of my writing expresses that. That theme becomes a constant in my writings, and I apologize if it becomes redundant, but I think the importance of love bears repeating.

WEEKLY WRITING PROMPT #9: “An air force pilot is ordered to destroy a public building in a major metropolitan city.” 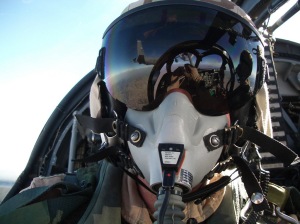 Michael Ryan loved to fly. It was the only reason that he joined the air force and became a pilot. It hadn’t been so much about patriotism, or a fervid desire to destroy any enemy, or even the way ladies reacted to a young man in uniform. For Michael, it had always been about the sky. Riding high and knowing there were others looking up and wondering about whom you were and where you were headed was an amazing sort of ego trip. There was something completely self-indulgent and simultaneously totally freeing about being alone in the clouds with just your thoughts and instincts. Michael Ryan truly loved to fly. The opportunity to do so, coupled with the benefits of working for the government, made the career choice a no brainer.

He was flying high when word came over the radio that he was to destroy the Geysler building. Momentarily, Michael had been shocked. The peace and privacy of the cockpit had caused him to temporarily forget the absolute madness and chaos ensuing below, back on the ground. Enemy forces had surprisingly invaded from the shores. Ships had landed and once boots were on the ground, blood ran in the streets of so-called important shore towns. It had been an impressive, coordinated, and alarmingly secretive attack that, from Michael’s point of view, was remarkably successful. Smoke billowed from burning buildings and flames shot toward the sky. Michael was able to observe the certain carnage occurring below with a cool detachment because of his position; he was literally looking down on everyone else. His mind had eventually drifted to other things – whether or not those things were more important was fodder for a different story, for a different day – but the order over the radio brought him back into the present moment and current conditions.

Apparently, the government had ample reason to believe that the Geysler building was a base of operations for enemy sympathizers. Being that the building offered numerous amenities and was a safe haven for the enemy where there should be nothing of the sort, the government decided it needed to be neutralized and removed. Made sense as far as Michael could tell, and he radioed back in the affirmative, that he was on his way and would destroy the Geysler building.

A few minutes later, Michael had positioned himself appropriately and was resting his finger on the trigger, waiting for approval to fire. Through the windshield, he could see into the windows of the building. He was fairly close and was beginning to wonder if he was too close and if he should alter his position – after all, he was still green around the gills and hadn’t destroyed anything outside of practice targets and the like – when something caught his eye. In a window to the bottom left of his vision, was a young woman. She had blonde hair pulled back in an effortless ponytail and a full face. She was wearing a green sweater and on her lap, she held a toddler. The toddler had blonde hair as well, and that shared genetic trait made Michael assume the two were related, even though he was too far away to discern their facial features in any kind of conclusive analysis. As Michael watched, the woman smiled as the toddler stretched out a pudgy hand with splayed fingers and placed it, in a gesture that could only be described as lovingly, upon the woman’s swollen-looking cheek.

It was a touching image, poignant though brief, and it gave Michael pause. Were they the enemy? How could a child and his mother be the enemy of anyone? What sort of tactical maneuvers could those two possibly be planning? What other sort of children and family were in the building? For the first time in his career, Michael was putting real thought behind he was doing.

As he watched and thought, the woman turned to the window and for just a second, Michael thought he knew who she was. The woman bore an uncanny resemblance to someone Michael had known in college; a beautiful and brilliant girl who had lived on the same floor as him junior year. He remembered that she liked to paint and usually had it all over her hands in all sorts of shades. Either because she didn’t know or didn’t care about her filthy, multi-colored hands, she would constantly use them to pull her hair back, only to let it fall freely about her face. She was beautiful in a careless, dangerous way. Michael had called her Bohemia before he learned her real name at a party, because of her predilection to wear printed tunics over yoga pants or leggings. As a matter of fact, he had announced loudly that Bohemia was alive and well once he had noticed her presence at the party. She had smirked – she never really smiled, like smiling was thoughtless and too easy of an expression to offer to the world – and walked over to challenge him and ask him what he thought he knew about bohemia.

They talked for a while about all sorts of things, things Michael had not discussed with anyone since, and ended up in her dorm room, where they had passionate and amazing sex on a gross futon Bohemia had saved from the curb. In the morning, she had made him tea in a cool, antique-looking teapot and after some awkward pleasantries, they parted ways. He saw her occasionally in dining halls and in the quad in the warmer weather, but the most they would exchange was a small nod or tiny wave; nothing more. What if that was Bohemia in that window? What if that was her son? What if, after college, she had fallen in love with a beautiful man and had a traditional wedding and started a family? What if that family was in that building? How could he blow that to smithereens?

Michael did not think he could eliminate Bohemia. As a matter of fact, he had decided that he wanted to find Bohemia and see how she was, to find out what had happened to her. That had been a real connection Michael had made, no matter how short lived, and as he hovered above life exploding and imploding beneath him, he felt depressed. He felt no connection. There had been no tether composed of love or brotherhood or anything so noble to keep him grounded, and so he had found isolation and alienation – not solace – away from the Earth in the air. He was missing so much.

He didn’t listen for the approval. He didn’t wait for an order. He turned around. Michael Ryan was heading home. 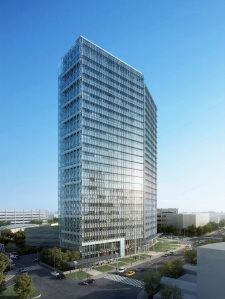 I'm a published author - my novel HER BEAUTIFUL MONSTER was published in October of 2012 by Martin Sisters Publishing. I'm working on revising my second manuscript so it can also be published. View all posts by mandileighbean

This site uses Akismet to reduce spam. Learn how your comment data is processed.