Happy Super Bowl Sunday! I was rooting for Denver because I adore the Manning family, but alas; it seems neither brother can finish the job this season.

If you’re in the Toms River area on Tuesday, February 18th, please stop by the Toms River Library for a discussion and book signing with me!  It’s begins at 7:00PM and will last until 8:00PM!

I also just want to add that I believe the most romantic notion(? idea? not entirely sure which word I want to use) is two people thinking about one another without the other knowing.  It’s nice to think another is thinking of you in that unique way.  It’s beautiful when it’s organic and not manufactured or fished for, but the kicker is the object of attention may never know.  It is within that beautiful frustration the romance lies, in my humble opinion.  Just throwing that out there, I guess.  Forgive me, but it had been some time since I was random.

WEEKLY WRITING PROMPT #12: “A man sneezes painfully.  He looks in his handkerchief and finds something that looks like a microchip.”

ACHOO!  The sneeze rocked Baxter’s body, sending him backwards before he aggressively shot forward, trying to right himself.  It was a vicious and unrelenting sneeze.  He kept his eyes closed for a moment or two, as if it would help steady his breathing and help his bodily functions return to normal.  “Wow,” he said, and opened his eyes wide to ensure the world had neither stopped nor drastically changed while he had been rendered incapacitated by the sneeze.  He shook his head to clear it.  He pulled the handkerchief from the breast pocket of his suit and blew his nose.  “Damn,” Baxter said.  “That really hurt.”

“The sneeze?  Man up,” Alex smiled.  The smile wasn’t entirely genuine.  It was more queasy and nervous than anything else.  In fact, Alex’s normally bright and expressive eyes were clouded over and shifty.  Baxter had just been about to comment on the physical change which also seemed to alter Alex’s winning personality.  He was sweaty and trying to look everywhere all at once.  Baxter was just about to comment on the paranoid behavior when the sneeze had interrupted and completely knocked him flat.  He couldn’t remember what he had been thinking, or what he had been discussing with Alex.  He finished blowing his nose with a flourish, but did not return the handkerchief to the breast pocket.  He leaned closer to Alex and lifted his chin so his friend would be able to peer deep within Baxter’s nasal cavities.  “Is it bleeding?”

Alex pretended to look for about a second.  “No, dude, you’re fine; hey, do you know how long that van’s been there?”

“The dark blue one without windows; behind me and to the left, on the corner.”

Baxter shrugged.  He was more concerned with his aching nose.  He crossed his eyes to see the blurred bridge of it, and was rubbing it tenderly with the tips of his fingers.  “I didn’t see anything.  Did you see anything fly out of my nose?  I feel all cut up inside; I’ve never sneezed like that before.”

Alex stole a glance behind him.  “I’m sorry.  I guess … Baxter, I think that van is following me.”

Baxter nodded, but was intently focused on the handkerchief gripped in his hand.  Would Alex care if he opened it up and inspected whatever had been so readily rejected by his body?  It was a less than savory habit, admittedly, but Baxter really swore something had come shooting out.  How else could he explain the pain?  He was completely convinced that the sneeze had not been normal and had half a mind to march himself to the emergency room for a professional opinion.  “What makes you think you’re being followed?”  Baxter continued the odd conversation to be polite to one of his oldest friends, and to distract him so he could inspect the handkerchief.

“I’ve been seeing it everywhere, Baxter.  When I go to work, it’s always a car or two behind me.  When I go to the gym, it’s always parked on the opposite side of the lot.  When I’m in my apartment, I catch a glimpse of it from the window, down in the street.  It’s been going on for weeks.”

“Oh yeah?” Baxter asked, encouraging his friend to continue.  He had discreetly placed the handkerchief on the table and was slowly peeling back the corner that was folded over.

“And,” Alex licked his lips and found that his mouth had gone dry, “I think my phone’s been tapped.  There’s all this weird clicking and buzzing when I’m on the phone.  Sometimes the phone rings and there’s no one there, just silence, but they won’t hang up until I do.”

“They don’t hang up?” Alex repeated lamely, to prove he was listening despite the fact that he was not paying attention.  With the one corner unfolded, he only had to stretch it out to get a good look at the specimen, which was probably only snot, but why had it been so painful?

Alex sighed and covered his face with tremulous, pale hands.  “I haven’t been sleeping well,” he admitted, feeling stupid and weak.  “It’s really starting to get to me, man.  I don’t know what to do or who to talk to.”

“What is that?” Baxter breathed.  He had indeed pulled the handkerchief taught and found an undeniable but incredibly small metallic-looking square.  He grimaced as he reached out to pinch it between his fingers because it was slimy.  He held it up to the afternoon sunlight and examined it more closely with squinted eyes.  Along the one edge were spaces in the hard, plastic covering, like it was missing piece from some kind of motherboard.

“What?  What do you see?”  Alex was turning every which way in his seat but always returning to lock his gaze upon the van.

“I think it’s a microchip.”  Baxter placed the item back on the handkerchief.  “Doesn’t that look like a microchip?  How the hell did that get up my nose?”

Alex stood up suddenly.  “They’ve gotten to you.”

Baxter had leaned down over what had come flying from his nose.  “Who?  Microsoft?  Apple?” he laughed.

Alex took two halting steps backwards.  “Oh God, it’s happening.  I knew it would.  I told them I wouldn’t say anything but they didn’t believe me.”

“We need to go,” Alex insisted, shaking his head.  “We need to leave.”

“Are you high?” Baxter asked, making light of what was rapidly becoming a bizarre and terrifying situation.  “Why don’t –“

At that moment, the van came speeding towards them only to skid to a halt beside them along the curb.  The world then seemed to slow down to an impossible lack of speed; Alex turned to Baxter and braced himself, like he was about to sprint and make a mad dash for freedom.  As the tails of his jacket fanned out, the van door slid open and two masked men, dressed all in black, scrambled out.  If Baxter had been able to move, he would have had time to get a decent lead, would most likely have been able to escape, but he was nothing more than a laughable cartoon character; his lower half moved frantically but no real progress was made.  The men descended upon him, knocking over the table the men had been seated at and sending Baxter to the floor, the chair coming with him.  In the time it took Baxter to fling the chair from him and sit up, there was only squealing tires and nothing more.

Alex was gone.  Baxter looked around and only saw wide-eyed, open-mouthed and deep breathing witnesses. 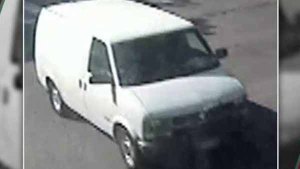