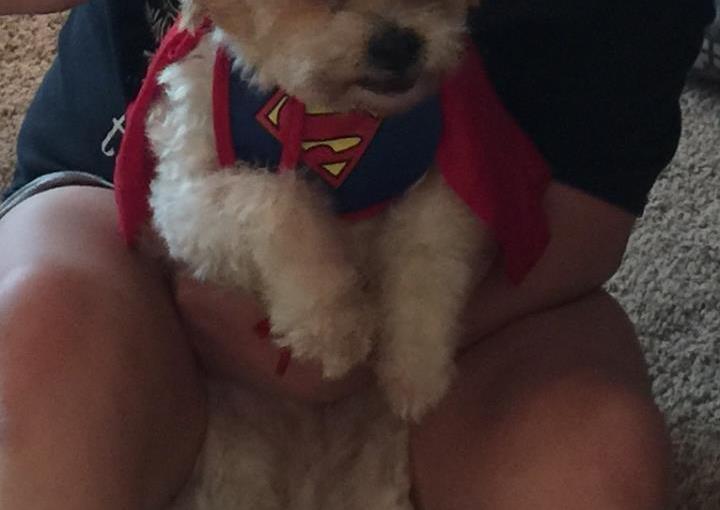 I am by no means an “animal lover.” I have never owned an animal poster, not even the psychedelic ones by Lisa Frank that featured crazy colors and tigers. I’m not particularly saddened or offended when animals die in movies; I can move on quickly. I bypass the viral cat videos, and just smile and nod politely when someone insists on showing me one of these videos. I suffer patiently when people talk about their pets like children. I would not be fulfilled in a career that entailed cuddling with pandas.

That being said, I really and truly loved my dog Biscuit, and am surprised by how depressed and devastated I am that we had to put him down on Thursday.

We all knew he was dying, and I thought realizing it would make accepting it and then dealing with it easier. I was wrong. We knew he was not doing well because Biscuit was 16 years old, which is pretty old for any dog. Also, he had a vascular growth near his rectum that had become infected and bled continuously at a slow drip. The day of his death, Biscuit wasn’t moving, wasn’t eating, was constipated and simply didn’t look healthy. Dad and I convinced Mom to take him to the vet (Dad was at work, though), so we had a 6:00pm appointment. The prognosis was bad, and the vet gave us three options: surgery, which could cause incontinence and greatly affect Biscuit’s quality of life; steroids, antibiotics and stool softener, which might work but was more of just a band aid; and euthanasia. Mom and I talked about it, and we decided to put Biscuit down. It broke our hearts, devastated us, but it was best for Biscuit, the best dog I’ve ever owned.

When he got older, he’d sometimes sleep with his tongue sticking out. It was adorable.

When I first met Biscuit, he jumped up to say hello, but scratched my leg pretty badly. I still have the scar.

When I was suffering from a terrible, severe complicated migraine, Biscuit climbed up onto the couch and cuddled with me. He knew I was in miserable pain and wanted me to feel better.

Biscuit had big, googly eyes and one over sized, yellow, wonky tooth. He was still the cutest dog ever.

Biscuit cuddled with Sam on her bed and as he left her room later, he looked right at her and peed on her doorjamb. It was liked he knew she’d be trouble and was showing his support for the family. Sammy likes Teddy better anyway.

Biscuit would wait for my mom outside of the bathroom. It was like he was in love with her. We called them Brian and Lois, a nod to the similar, inter-species couple from “Family Guy.”

Biscuit would lay on Dad’s chest and they would share ice pops. Dad loved Biscuit.

Biscuit only ever bit my dad, and it was totally my dad’s fault. He kept pulling a bone from Biscuit’s mouth, and we all heard Biscuit growl, warning Dad to knock it off. Dad wouldn’t – he never does – and we told him Biscuit was going to bite him. Dad just wouldn’t listen – he never does. He said, “Biscuit would never bite the hand that feeds him,” and went to take the bone again, but Biscuit did bite him. Dad called him a motherfucker.

Once I moved out, Biscuit would always sleep with me if I spent the night at my parents’ house. He did the same when he spent a week at my house while my family was on vacation in Florida. He was perfect gentleman – he never peed anywhere.

Biscuit’s last meal was sharing chips with me. The only time he left his bed on the last day of his life was to say hello to me.

I walked Biscuit for the last time at the animal hospital.

Mom and I kissed Biscuit. We told him he was a good boy, told him that we’d miss him. Mom held him as he took his last breath.

They gave us locks of Biscuit’s hair and angel pins to remember him by. I get to keep the fur. Mikey gets the collar.

The veterinary assistants called Biscuit a “perfect gentleman.” He was the best dog.

Mom was a mess. I’ve only seen her cry four times in my life; after a bad, bad fight with Dad, when her father died, and the two times Sammy has left for rehab. She technically cried when Bijou (our other dog) was out down, but she swears that doesn’t count because it was only out of guilt – she hated that dog and to be fair, he was a pain in the ass.

We left Biscuit on the cold, steel table with a towel over his precious, little face. I was surprised by how hard the loss hit me. I really fucking loved that dog. I knew the end was near – he was at least 16 years old, just to reiterate the point – but I was so very sad.

I made a colleague make the middle name of her new puppy Biscuit. When I get a dog, no matter the sex, I will name it Biscuit.

My parents’ house is weird without Biscuit. He had such a personality. I think even Teddy misses him, too (the morbidly obese chihuahua we also own). He’s been laying in Biscuit’s spot by the door, but it’s not the same.

Biscuit loved to be outside. He’d lay on the front porch for hours, basking in the sunlight and surveying his kingdom like Mufasa from “The Lion King.” He was totally Transcendental.

I miss him. I almost cried writing this, and I don’t even like animals all that much.

WEEKLY WRITING PROMPT #14: An elderly couple disagrees about what to do with their sick house cat. 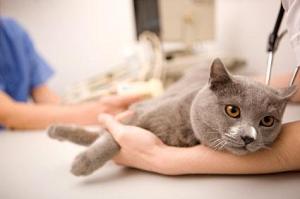